Yes. Yes You Are Toys 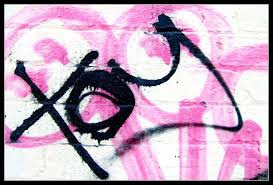 Let me tell you a little story...

Several years ago Task One was commissioned to make a custom toy based on a concept I had utilizing the Love Bomb platform from Mighty Jaxx, by PHUNK. For which he was to sell this custom and only kickback $100 to me, after the sale. (Mighty Jaxx is no saint either, but thats for another time.)

I had a vision, and just wanted to see it realized in the hopes that this vision would get a nomination from the Clutter Awards, because it was that cool, it probably would have, as it was a beautiful celebration of the Designer Toy Scene.

This project included over a dozen additional toys of various sizes. Over 3 years the project went off the rails when Task just decided to do whatever the fuck he wanted with the project which was basically the exact opposite of what I was going for.

My vision had been subverted into something ugly and destructive. Not the happy, fun, lovely celebration I had originally conceived of.

So I simply denounced the project, told him to remove my name from it, and do what he wanted with the custom. Requesting the $100 originally agreed to and all the unused toys returned, including a jumbo Nade Blank by Jamungo.

After some petty bitching the $100 arrived and none of the remaining toys.

Admittedly, I was even warned against Task One by others and gave him the benefit of the doubt anyway. He proved worth of his shitty rep.

So why open up about this now?

That is a good question. Here is why: One of his buddies reached out to me about another custom job in late 2018 and ripped me off too. Here is how that went.

A client ordered a Firestarter by Harma Keikens. It was shattered in the box and I put out an open call on Social Media for a custom toy artist to rebuild it for the client, which the client was very excited about.

I received a message from an artist who was willing to do the job, in his exact words for: "No charge". He just seemed happy to get a chance to work on this unique piece of art. I promised him some free blanks to work on etc, when the job was done. To which he replied, "...I wont say no."

In early 2019 he requested some Magic Sculpt which i happily bought and shipped to him directly. Come March 2020 I inquire about the work, and the artist claims it is finished, provides no photos, and that I owe him $150.

I remind him of the 'No Charge' agreement and offer him some goods from Discordia Culture Shop. He says "I don't want any toys", I remind him we have DIY Blanks and he can have all he needs. He replied that he wasn't going to make a big deal out of it and that he would ship the item to me immediately.

Since then this artist has shut down his website, and stopped using all his social media accounts, minus the ones he blocked me on, which I can't see anymore.

But then I notice something on this artists Instagram account... a photo of a booth at DCON. A 'We Are Not Toys' booth, with this artists work on display in 2018.

Guess who runs the ironically named 'We Are Not Toys' collective? That's right, Toy, Task One.

So it appears that Gabe Rivas aka Nerviswrek had planned to rip me off from the start. Likely at the behest of his buddy Task One. Task One is a shit talker, so I have little doubt that Gabe Rivas had not heard some bullshit about our deal-gone-bad already. (My sympathies to anyone else unfortunate enough to have taken part in the 'We Are Not Toys' thing. To all of you I say; pick better friends.)

So I can only end this tale by saying; Don't fuck with toy ass con artists like Task One and Nerviswrek.

I sat on this tale for several years now, fighting the urge to go public with it. I even sought the council of a more prominent toy blogger who said it wasn't worth it, because 'People Talk' and justice will come around. The thinking goes that the scene is better off without such drama going public.

I tend to disagree, as I feel it is the duty of those few of us in the Designer Toy Scene who choose to be purveyors of news about the scene to tell the public when something is amiss. After all, how can we trusted sources of information if we gloss over serious offenses such as these. I vow to never sit on such happenings again. In fact if you have documentation of similar wrong doings in the Designer Toy Scene, email Underground Blend.
at Monday, May 11, 2020 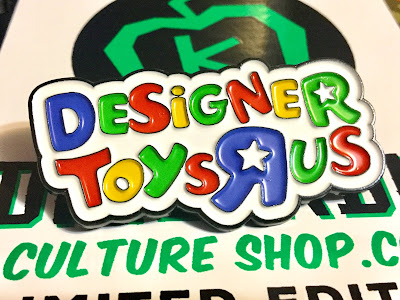 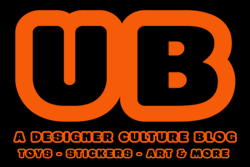